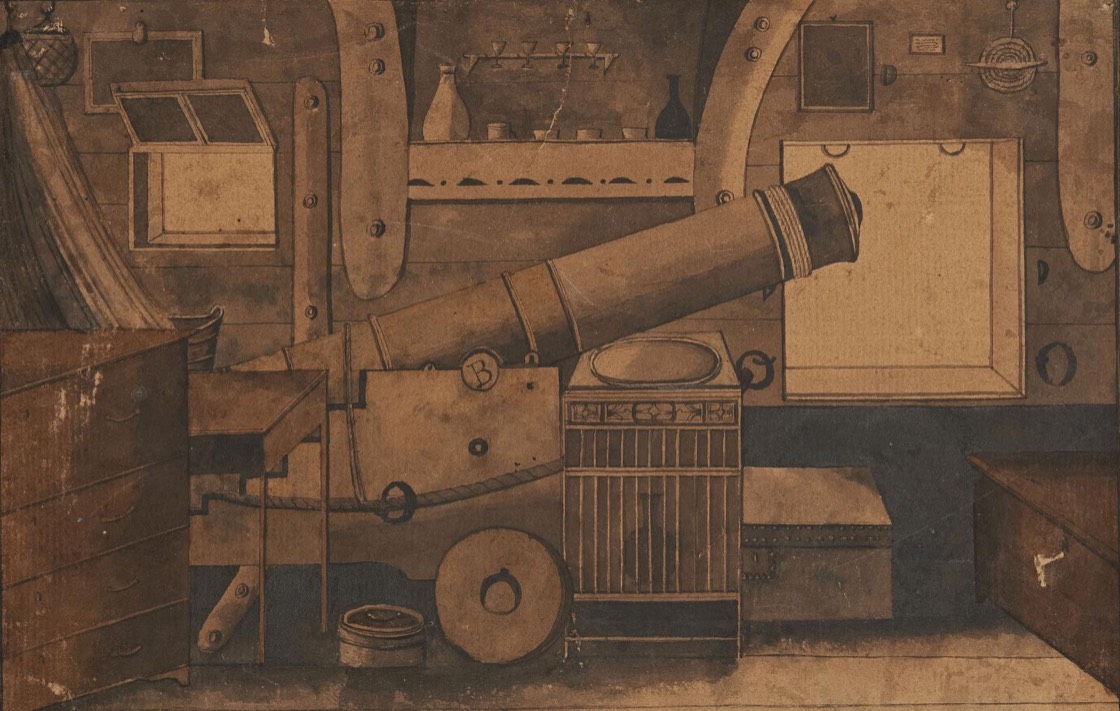 The title for this catalogue and exhibition presented itself as soon we found the rare pair of watercolours by 4th Officer Webb, that are illustrated on the front and back covers. A naval officer would be limited to the cabin space he had available and aside from fitting in his furniture, he might also have a cannon, as the cover shows. When the enemy were sighted, you had to clear the decks. This catalogue also has 4 good campaign chests, 3 of which are by uncommon makers. As such we have taken the opportunity to write the histories of the Boswell, Shepherd and York House. A number of other good makers are also represented.

Other items of note are 3 pieces from the collection of Peter Bronson, all of which are illustrated in Nicholas Brawer’s British Campaign Furniture. The bracket candlestick is particularly rare and the only one we know of.

This catalogue is dedicated to Peter Bronson, one of the first collector’s of campaign furniture and Treve Rosoman, a writer and researcher of antiques with a particular interest in our subject. Both were great enthusiasts of military furniture and greatly encouraged us in what we do. They will be missed.